Breaking News
Home / Social / WhatsApp Status Updates Can Now Be Shared as a Facebook Story for Both Android, iPhone Users

WhatsApp Status Updates Can Now Be Shared as a Facebook Story for Both Android, iPhone Users

WhatsApp appears to have started rolling out the anticipated feature to let users share their Status updates to Facebook Stories. While it was initially said to be in testing and wasn’t visible to users, the feature to let users share WhatsApp Status to Facebook Stories is now making its way to WhatsApp. Gadgets 360 was able to spot the new feature on the latest version of WhatsApp for Android and iPhone, as well as earlier stable and beta versions of Android. An updated FAQ page detailing the latest addition has also been released on the WhatsApp website, hinting at its debut for all users in the coming days.

Multiple users on Twitter have reported the arrival of the newest feature on their WhatsApp app. Gadgets 360 was able to independently spot the update on the WhatsApp for Android version 2.19.258 and WhatsApp for iPhone version 2.19.92. Both the latest versions are currently available for download through their respective app stores. It was also spotted on an earlier stable Android version (v2.19.244) and the current beta (v2.19.262). 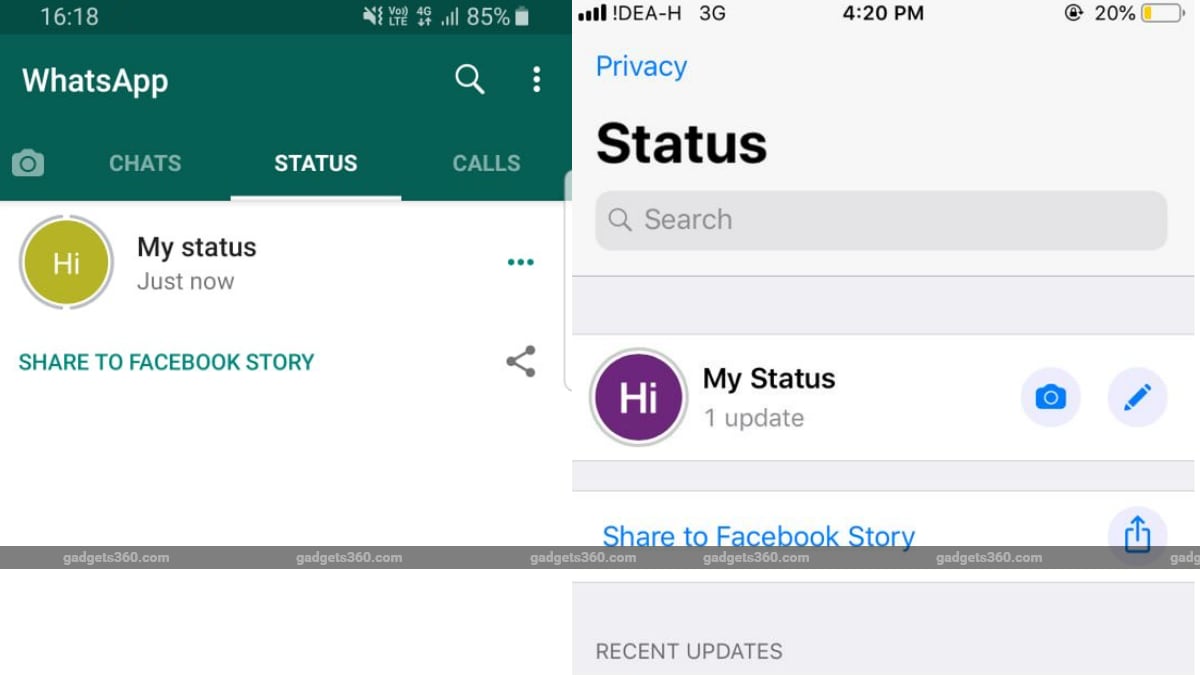 WhatsApp has updated its FAQ section to confirm the rollout. However, we noticed that the feature is visible randomly on both Android and iOS platforms, and it isn’t available all the time.

We’ve reached out to WhatsApp for clarity on the rollout and will update this space when we hear back.

“On Android and iPhone, you have the option to share your WhatsApp status updates to Facebook Stories and other apps,” the company wrote on its updated FAQ page. It also underlines that the feature is only available if you have Facebook for Android, Facebook Lite for Android, or Facebook for iOS installed on your device.

Back in May, WhatsApp had reportedly started testing the feature to let users post their status updates to Facebook Stories. Some beta users also spotted its existence in June, though it wasn’t available to all users up until now.

iPhone 11 or iPhone XR: Which Is the Best iPhone for India?

Previous Windows 10 in 2020: Microsoft shows off faster Bluetooth pairing in 20H1 preview
Next Google is investing $3.3B to build clean data centers in Europe – TechCrunch

Facebook on Thursday said that its Messenger app will be watching behind the scenes for ...