Panasonic has expanded its presence in the world of compact digital cameras by launching the mirrorless, interchangeable lens-supported Lumix GX9 and superzoom Lumix ZS200. Both the new camera models will go on sale in the US in March. The price for the Panasonic Lumix GX9 is set at $999 (approximately Rs. 64,070) with a 12-60mm f/3.5-5.6 kit lens, while the Lumix ZS200 will be available at $799.99 (roughly Rs. 51,300).

Between the new models, the Panasonic Lumix GX9 is designed as the successor of the Lumix GX8 that was launched back in 2015 with advancements such as 4K video recording support and optical image stabilisation (OIS). The new model does have the same advancements but at a lower price than the original price of the GX8 that was announced at $1,199 (roughly Rs. 76,900). Design-wise, the Lumix GX9 looks similar to the GX85 that was launched in 2016. The camera sports a 20.3-megapixel Live MOS image sensor, identical to the Lumix GX8 but sans a low-pass filter, that is powered by the latest Venus Engine. The latest image processor is touted to make the new Lumix camera capable of supporting 4K video recording at 24 and 30fps frame rate options. You can additionally shoot full-HD (1080p) videos at up to 60fps. Also, there is Panasonic’s in-house five-axis “dual” image stabilisation system that comes into force with compatible lenses.

Panasonic has provided a contrast AF “Depth from Defocus” system on the Lumix GX9 that enables face and eye detection. The camera has 6fps burst shooting support with continuous AF (AF-C) and 9fps option specifically when switched to the single-shot AF (AF-S) mode. Further, you can use the 4K Photo mode to shoot at 30fps frame rate at a lower, 8-megapixel resolution. The camera comes with a preloaded Auto Marking feature that is claimed to identify the frame that is most different from others in the file to reduce the time consumed in choosing the best individual shot from the bulk. Similarly, there is a Post Focus mode to let you change the focus in your existing shots. The camera also has a Monochrome shooting mode for an enhanced film producing experience.

To give instant results, the Lumix GX9 features a 3-inch 1.24M-dot touchscreen monitor. A tilting electronic viewfinder is also available with 2.67M-dot resolution. The camera has a redesigned shutter mechanism over the previous Lumix models that supports electromagnetic drive. On the wireless connectivity front, there are both Wi-Fi and Bluetooth options. The camera also has a built-in Xenon flash.

Coming to the Panasonic Lumix ZS200, which is the company’s newest superzoom model – succeeding the previously launched Lumix ZS100. It has 15x optical zoom-supported Leica lens with a 35mm equivalent of 24-360mm focal length. The lens has f/3.3-6.4 aperture speed, which is slower than the f/2.8-5.9 aperture speed of the Lumix ZS100, and supports macro focusing at a distance of 3cm. Below the new lens, there is a 1-inch, 20.1-megapixel BSI CMOS sensor. The camera has a built-in flash and comes with features such as an updated 4K Photo mode and “Depth from Defocus” AF mode. Plus, you’ll have the 10fps burst shooting option when using the AF-S mode or 6fps burst on the AF-C mode. 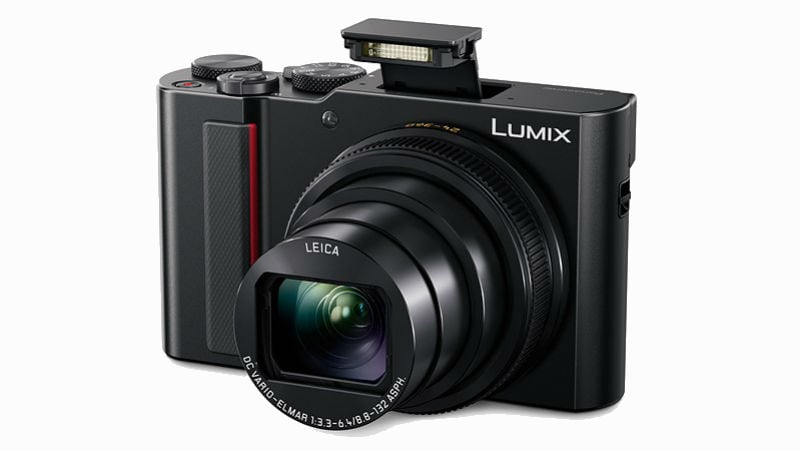 If you want the Lumix ZS200 for recording videos, you’ll get 4K support in a variety of frame rate options, including 24fps, 25fps, and 30fps. The camera additionally offers five-axis in-body image stabilisation.

Details about the price and availability of the Panasonic Lumix GX9 and Lumix ZS200 in India are yet to emerge.